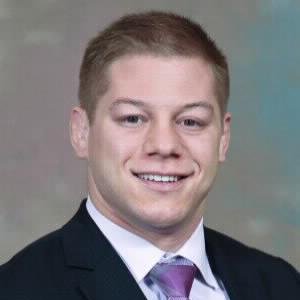 Dave is entering his 2nd season with the BVRTC. During his days as a 133-pound wrestler at Bucknell, Marble was a four-time NCAA qualifier and EIWA Championships placewinner. He finished his career with a 111-44 record, placing him third on the program’s all-time wins list at the time. As a senior captain he went 30-10, and Marble finished his Bison career with a 61-17 record in dual matches, including 22-5 in EIWA duals. Honored with the team’s Class of 2010 Leadership Award following the 2009-10 campaign, Marble received the Edward W. Pangburn Award at Bucknell’s annual Senior Awards Dinner. The award is given for “sportsmanship, fellowship and contribution to the University”.

After graduating with a degree in psychology, Marble remained at Bucknell for three seasons as an assistant coach under Dan Wirnsberger. He then spent four years working as a marketing representative with Federated Mutual Insurance Company in Alexandria, Virginia, while serving as a volunteer assistant coach at George Mason University. Later, Marble moved on to Salesforce.com, where he served as a business development representative for the public sector of the fourth-largest software company in the world. He’s now a Development Officer for Bucknell’s University Advancement.

Since May 2016, Marble has been the treasurer of the Buffalo Valley Regional Training Center.