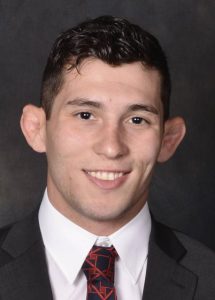 The Buffalo Valley Regional Training Center is excited to announce the addition of Dan Neff as a resident athlete for the 2016-2017 season. A 2015 NCAA All-American at 149 pounds and four-time NCAA Qualifier at Lock Haven University, Neff was a 2016 Eastern Wrestling League champion, and compiled an impressive career record of 109-46, which places him 11th on the Lock Haven career wins record board. Prior to his time at Lock Haven, Neff was a 2011 Pennsylvania State Champion for Solanco High School.

In addition to his role as a resident athlete, Neff will serve as Volunteer Assistant for Bucknell Wrestling. Neff, along with current resident athlete and Bucknell Wrestling Assistant Coach, Kevin LeValley will train and compete to represent the United States in World Championships and Olympic Games. The duo’s first competition could be the NYAC International, held each November in New York City.

According to Head Coach Dan Wirnsberger, “I am thrilled to welcome Coach Neff to the Buffalo Valley Regional Training Center as well as the Bucknell Wrestling Family. I firmly believe that he will make an immediate splash on the international scene and his is passion for the sport and unique style are sure to provide an immediate impact on Bucknell’s light weights.”